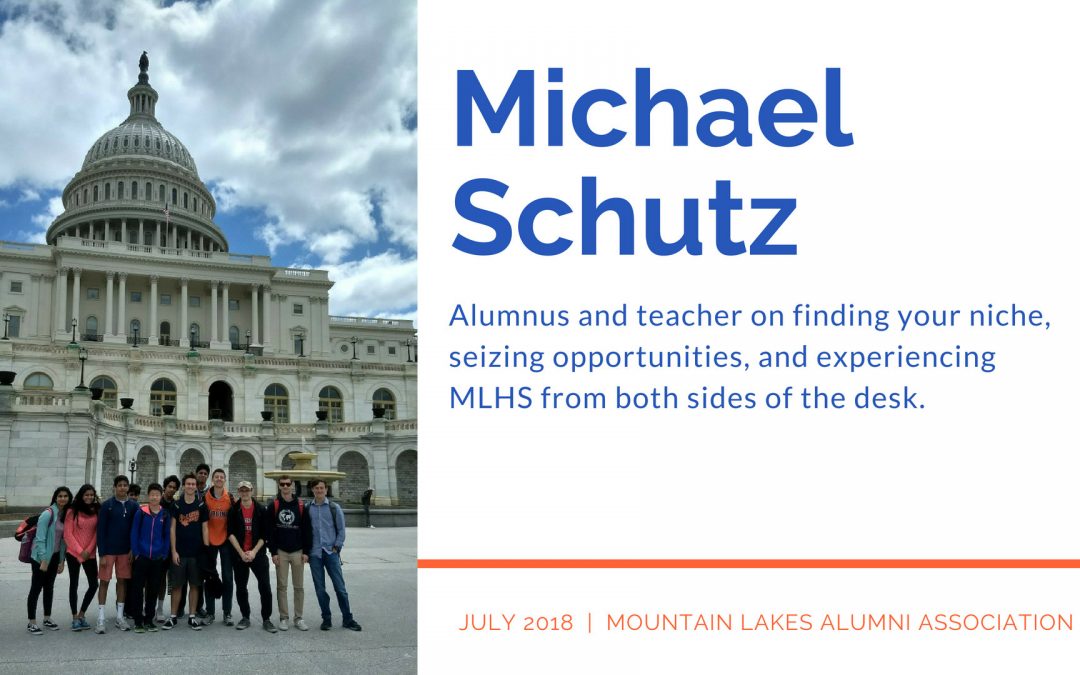 Michael Schutz has long been an integral part of the Mountain Lakes school system, harboring a unique perspective as both a student and teacher. Growing up, he attended Mountain Lakes High School, graduating in 2003. Upon graduation, he attended The College of New Jersey, where he double majored in History and Secondary Education. Throughout the next five years, he spent time working and traveling throughout the country and the world. His travels eventually led him to the Republic of Georgia, where he taught English. In 2012, he finally returned to Mountain Lakes to assume his current role as a history teacher.

Since his return to Mountain Lakes, Mr. Schutz has quickly become a staple in the activities of the high school. In his second year, he assisted with freshman orientation, talking to groups of incoming students about the importance of getting involved in extracurricular activities. Drawing on his experience as a student, he emphasized the fulfillment that comes with participation. “For some people, it was the Herd, others were very involved in theater and for me, it was ski team. But for everyone it was something and I hope that all of our students become deeply involved in at least one of our school’s extracurricular programs” says Schutz. This lesson is also something that he has applied to his teaching endeavors. For the last several years, he has led numerous students in both sports and academics. He is currently the head coach of the freshman boys’ soccer team, a position he has held for the past five years. Three years in, he watched his first freshman team win the conference championship as seniors, which he described as a “great experience for me as an educator.” In addition to coaching soccer, he also serves as coach of the Academic Team, which he led to Washington, D.C. this past year to compete in the National History Bowl. While neither of these experiences were activities he envisioned when beginning his teaching career, they both reinforced the same lesson, that a big part of the Mountain Lakes experience takes place outside of the classroom.

“MLHS is a really special community because of how much it offers, both in and out of the classroom.”

Throughout his time in Mountain Lakes, Mr. Schutz has recognized the special academic community that exists at the high school. As both a student and teacher, he has seized opportunities and continued to build and enhance the unique atmosphere for students and faculty. While the future is uncertain, one thing is clear: Michael Schutz will continue to be involved in any way he can. As he has explained, “MLHS is a really special community because of how much it offers, both in and out of the classroom, and after having had the opportunity to benefit from those experiences as a student it is very special to be able to be a part of it as an educator and coach today.” 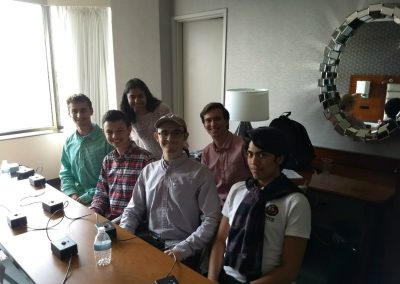 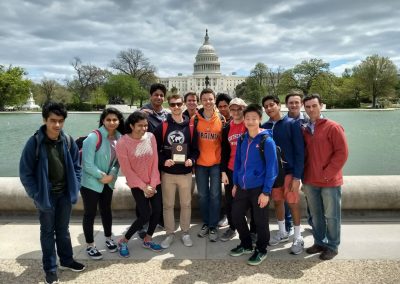 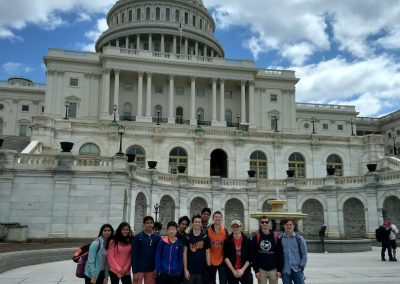