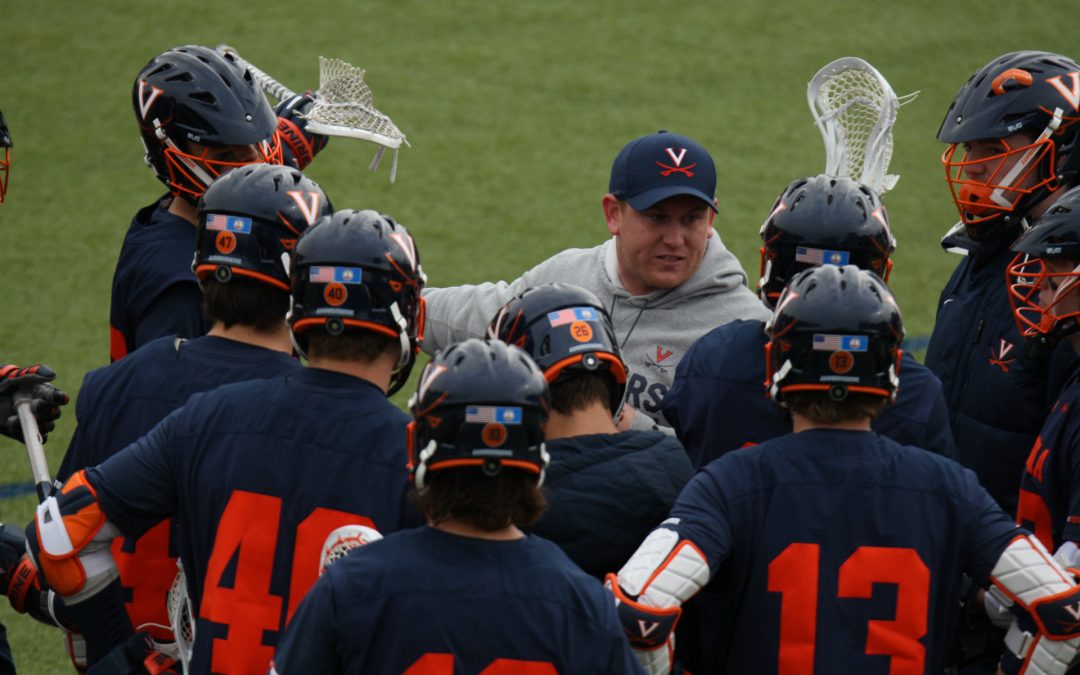 MLAA
Despite its small size, Mountain Lakes possesses a rich tradition of athletic success. Historically, conference and state championships have been produced at a pace rivaled by few other schools. That impressive track record spans beyond the high school, as many athletes have gained prominence at the collegiate level.

In this edition of Laker in the Spotlight, our feature alumnus, Sean Kirwan, exemplifies that success at multiple levels and universities. From his days as an accomplished athlete at Mountain Lakes High School, to his current role as an assistant lacrosse coach at the University of Virginia, Kirwan has embodied the qualities of a winner.

Recently, he shared some of the keys to his prosperity and how his time in Mountain Lakes led him to where he is today.

MLAA: When did you first come to town?

SK: I was born and raised in Boonton Township. I would play the recreation leagues in sports as a kid. I came to Mountain Lakes High School after finishing eighth grade at Rockaway Valley School.

SK: I really liked it. It was cool and it makes you aware of what you like. Small town. Everyone knows who everyone is. It set me up for what I wanted after that – what school, size, and where I wanted to move to afterwards. It gives you a good dose of something specific. Not many towns are like that.

MLAA: In your view, how has Mountain Lakes changed over the years, if at all?

SK: I’m not around too much anymore. I see the big changes like lights on the football field. I have no reason to believe the town itself has changed too much. I like to believe it still has that homey feel.

MLAA: What sports, activities, and clubs were you in during high school?

SK: I played football for four years, as well as lacrosse and basketball. I was also a peer leader during my junior and senior years.

MLAA: How did you decide to get involved in coaching?

SK: I wanted to coach my whole life. It started from when I was young, around 4th or 5th grade. I love the feeling of coaching a sport. Growing up, the thing that existed was Mountain Lakes lacrosse. I wanted to teach and coach lacrosse. In college, I had a coach reach out and see if I wanted to coach at the college level. It opened my eyes that coaching could be a full time job. Since coaching was always the goal, I fell in love with it.

MLAA: What has been the key to your offensive and overall success?

SK: Trust. I put a ton of trust in the guys I coach. Things happen too fast for you to micromanage. You have to breed that trust on the practice field and then on game day, you have to let them go. It is rewarding because you build the guys into high IQ lacrosse players and athletes who make their own decisions. It leads to some cool outcomes.

MLAA: What impact did some of your coaches have on your decision to coach lacrosse?

SK: Coach Flynn, Coach Wilkins, and Coach Daly at Tufts are all guys I admire and and have great respect for. They were all people I looked up to. They were role models for me. To be surrounded by such positive influences only made me want to coach more. I owe a ton of credit to Coach Daly for the opportunity to coach. I still use things Wilkins and Flynn taught me to this day. They are great people to model myself after and follow in their footsteps. Coach Flynn is like family to me – I’ve known him and his wife, Betsy, my whole life. My dad and him went to high school together.

MLAA: What has been the biggest challenge you have experienced in your field?

SK: The biggest challenge has been change, but it is a good challenge though. Not to sound cliche, but you have to like a challenge. To go from Tufts to Brown and be under a new coach and a new terminology was a great challenge. Then, to go from the Ivy league to Virginia, a program with a great history, was another one. That’s been a big challenge, but one I’ve welcomed wholeheartedly and enjoyed.

SK: To be around the guys and see them grow. I still stay in touch with guys from all the schools I’ve been at. I’ve seen guys grow tremendously since I’ve been at every school. It’s bigger than any wins or losses.

MLAA: Tell us about your family…

SK: I just got engaged and I am getting married in July. I have a dog; a white golden retriever. My mom and dad live in Mountain Lakes. I have three brothers who live in New York City, Los Angeles, and Atlanta.

SK: I’ve been on a huge classic rock kick right now. Bruce Springsteen, Rod Stewart – that whole genre. Even Bob Seger, as well as some lesser known guys. Every time spring rolls around I get in this phase. Favorite movie is tough to say, but I just saw The Post and The Darkest Hour, which are both great movies that tell stories and show history.

MLAA: Given your expertise and the nature of what you do, what advice can you offer to the readers?

SK: Show patience. Patience is everything. To the kids getting recruited, you have to show patience in the process. To the guys coaching, you can’t expect to be in championship form right away. The patience gets tested but you have to continue to have it. Trust the process even when it is hard.

MLAA: What is next for Sean Kirwan?

SK: Hopefully a win this week against Syracuse. I try not to look too far ahead as it can get overwhelming. I’m just trying to be successful this year and help guys grow and continue to build what we started here in Virginia. Ultimately, to leave this place cleaner than I found it. There is still work to do. Before I even think about the next steps, we need to take care of business first.

MLAA: If you could invite three people to dinner, alive or dead, real or fictional, who would they be, and why?

SK: I’ve had some family members pass away over the past years or so, so to have a dinner with them would be pretty special. That would be it, over any coach or famous person.

The 2018 University of Virginia Men’s Lacrosse schedule can be found here.