Laker in the Spotlight: George Littell 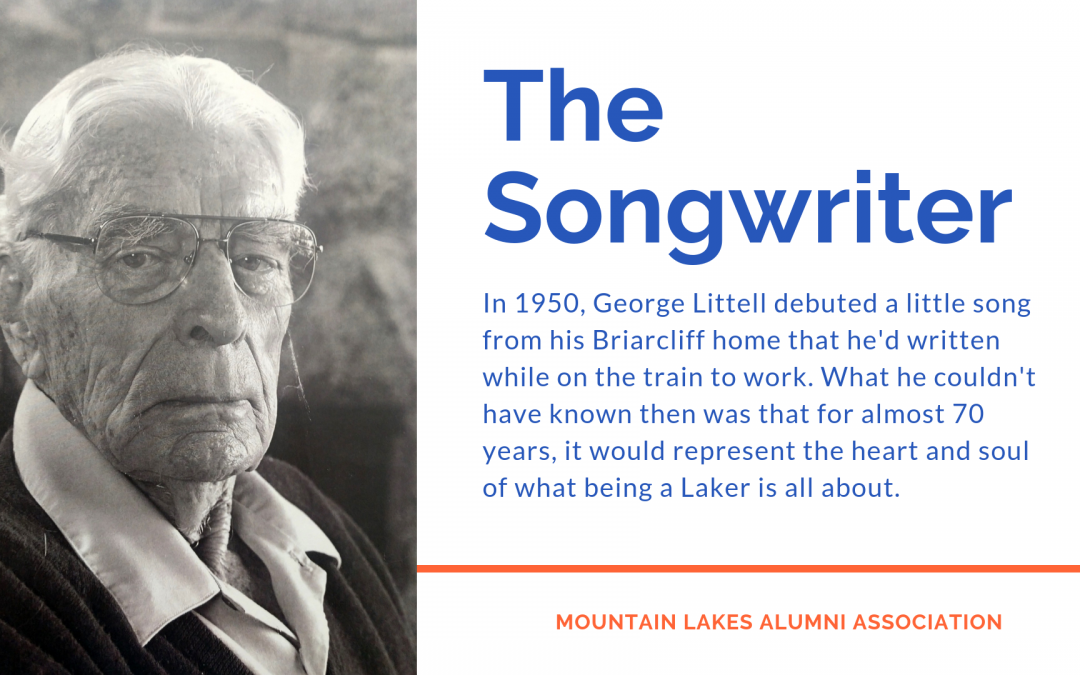 Mountain Lakes has many time-honored traditions that have spanned the course of decades. Of these, there are perhaps none as fundamental to town as the famed Mountain Lakes Alma Mater. First debuted in 1950 by George Littell, the Alma Mater provides the ultimate message of what it means to be a Laker. Renowned for its endearing lyrics and beautiful music, it has served as an integral role during countless sporting events and graduations. In every sense, Littell embraced Mountain Lakes and deftly articulated the elements that make the town so special. While George Littell has since passed, his spirit and influence throughout the town continues to live on. Recently, his great niece, Kim Westfall Cayes, provided extensive background on him and his role in developing the song that we all hold so dear to our hearts.

My earliest recollection was the summer of 1965 when I (age 8) my brother Randy (11), and sister Lisle (6), walked from the plane that had flown us from our California home to the New York City airport. As everyone did for plane trips back then, we’d dressed up in our best dresses – Randy in jacket and tie. The hot, humid air – something I’d never experienced before – hit me in the face, nearly smothering me. Inside the airport we saw an elderly couple; my Great Uncle George in a gray suit and Aunt Beulah in a blue dress and white gloves. After quickly greeting and collecting our luggage they drove us to their home on Wildwood Lake. I was overwhelmed by all the green – so unlike California’s golden hills – the majesty of the huge trees and the homes that looked like mansions.

While Uncle George was a successful executive, Aunt Beulah ran things at the house. Everything was strict compared to the chaos back in California since my mother’s death. Here, Aunt Beulah taught us how to make a bed and instructed us to make them neatly tucked each morning before coming downstairs. The radio blared opera from the kitchen where on the table there were three place settings with cloth napkins, Aunt Beulah’s homemade brown bread, and jams made from the fruits picked at a local orchard in Montville. After breakfast we were locked out of the house and told to go play until we heard the lunch bell. Fortunately, Wildwood Lake offered abundant ways to keep busy, whether “fishing” with an open safety pin tied to a line, or in the winter ice skating for the first time on the canal connected to the ‘big’ lake. Those of us who were beginners held on to a wooden chair placed before us. Each fall all the Laker kids donated their old skates to St. Peter’s for the annual thrift sale, then purchased the next size up from the collection that had been turned in. We would all hit the ice wearing each other’s old skates.

One of my favorite times at Uncle George’s house was when there was a party or family gathering and he would sit down at the Steinway in the living room and play the songs he knew by heart. I don’t know if he was a baritone or a bass. I only know that when he sang those deep tones I felt the walls quiver. He played the songs that he’d danced to decades before with Bojangles (the same Bojangles from the Shirley Temple movies I adored). He sang “Summertime” from Porgy and Bess and classic gospel hymns like “Swing Low, Sweet Chariot.” And then there was the Alma Mater.

It wasn’t until I reached my adult years that I became fully aware and truly appreciative of the incredible gift I’d been afforded when Uncle George opened his home to my siblings and me. Born in 1898, (and Aunt Beulah in 1902), Uncle George was from another era. I reaped the benefits from glimpses of that era through the stories he told, the experiences he shared, and values he ingrained in us. He was the absolute definition of a true gentleman.

Originally from the Midwest, George and Beulah Littell moved east to Mountain Lakes in 1937 when a job offer was presented by Deluxe Check Printers. First renting a smaller home where they lived with sons George Jr. (Bub) and Ted, with the birth of their third son, Jay, in 1940, they moved into a bigger Hapgood at 49 Briarcliff Rd., across from the Community Church. It was the family home for 40 years.

George’s passion and talent for music manifested in his Wabash College Glee Club as well as the Mountain Lakes Glee Club where he was a frequent soloist. Ted Milkey, the Glee Club’s conductor, became a close friend and from the friendship the Alma Mater was born: the music by Ted Milkey and the lyrics by George, written while commuting on the train to New York City. The Mountain Lakes Alma Mater was premiered in the living room at 49 Briarcliff Rd., in 1950.

I’m naturally a bit biased in my love for this timeless song; it has an especially personal meaning. But I also know it is cherished by current and former residents of Mountain Lakes. I’ve been heartened to know that for decades, late football coach Doug Wilkins had The Herd sing the alma mater at the end of every football game. It has been a unifying force with universal appeal. With the popularity of Facebook as a way for many “old Mountain Lakers” to reconnect – or connect for the first time through the common history of our childhood home, the words from the alma mater resonate more deeply than even before. It has often been said: Whether or not you currently live there – once a Laker, always a Laker. Through the various Mountain Lakes Facebook pages (You Know You’re from Mountain Lakes if…, Mountain Lakes History, or Lakers Never Forgotten) we share nostalgic memories from a place and time we can’t get back again, but relish as we join our hearts together. “For no matter where we wander, or wherever we may roam, we will always think of Mountain Lakes as home.”

Download a copy of the Mountain Lakes Alma Mater lyrics and music! 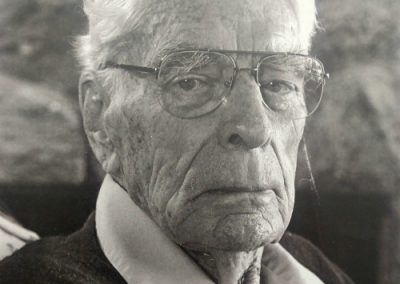 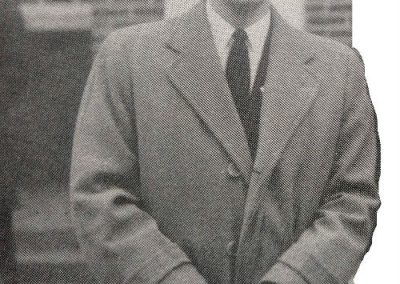 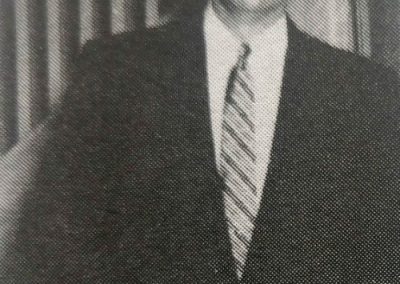 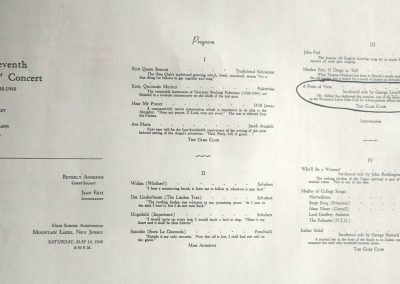