Laker in the Spotlight: Gus Reynolds 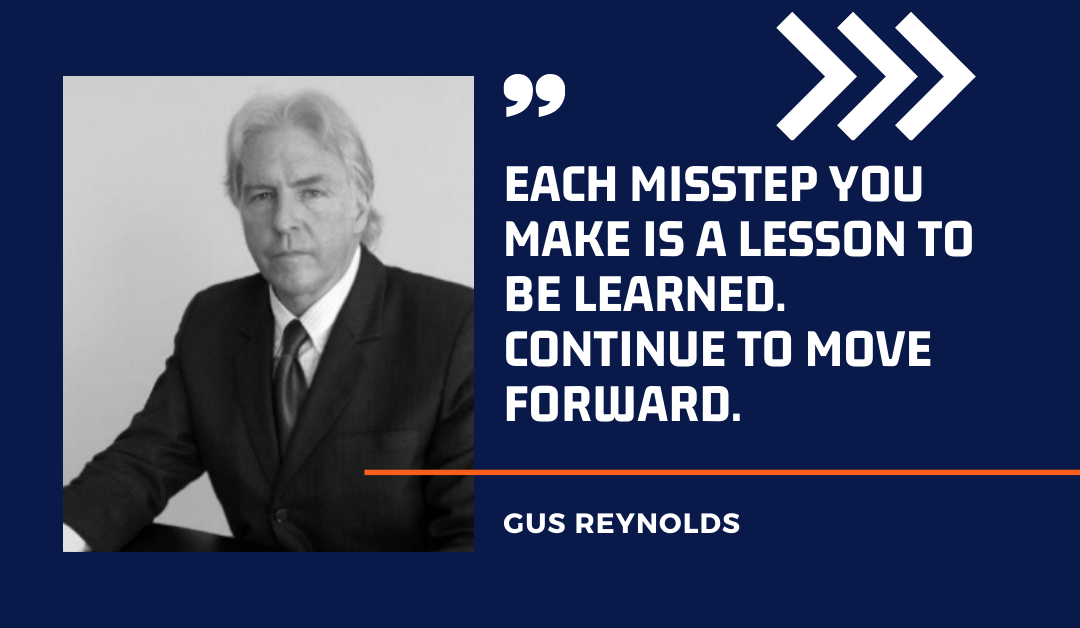 It was our pleasure to interview Gus Reynolds (MLHS Class of 1975) for our Laker in the Spotlight series. Gus has a noteworthy business background in the fields of finance, hospitality, and philanthropy. Prior to his career in business, he grew up in Mountain Lakes along with his four brothers. In high school, he was an active student-athlete, running track and playing football under Coach Doug Wilkins. After graduation, he earned undergraduate and graduate degrees at Trinity College and the University of Virginia, respectively.

Throughout his business career, Gus has worked all over the world for leading companies such as Credit Suisse and Hong Kong Bank. Currently, he lives in Thailand where he opened up a premier resort and launched a charitable foundation dedicated to assisting the victims of the 2004 Indian Ocean earthquake and tsunami. His diverse career earned him induction into Mountain Lakes High School’s inaugural Hall of Fame class in 2014. Recently, Gus sat down with us to talk about Mountain Lakes, his career, and his current endeavors.

GR: I was born at Riverside Hospital in Boonton Township and raised in Mountain Lakes, one of five boys that inhabited 95 Laurel Hill Road.

MLAA: Did you participate in any sports, clubs, or activities in high school?

GR: Four of us played football: Steve – Class of 1961, Rick – Class of 1963, Dave – Class of 1968 and myself – Class of 1975.  During the three years I played for the HERD, our record was 25-2 including a 24 game winning streak, three State Championships, and the first undefeated season in the school’s history (1973). Sports were central to my youth from running Hub Lakes Track meets and later running track for MLHS. In 1973, our 4 Mile Relay team won the Colonial Hills Conference championship, setting a new conference record time.  I was elected to the National Honor Society in my senior year.

MLAA: What was it like to be named to the inaugural class of the MLHS Hall of Fame?

GR: I was honored to be elected in the inaugural class of the MLHS Hall of Fame, especially having been nominated by Coach Doug Wilkins. His life lessons taught to us on the football field have guided me over the years: setting the highest goals, perseverance and teamwork.

MLAA: What kind of work did you do in finance?

GR: After working on Wall Street, I moved to Hong Kong in 1994 to work for Hong Kong Bank (HSBC) and later Credit Suisse, where I was a Director and Global Head of Sales and Trading (Asia).

MLAA: What inspired you to build a resort?

GR: I built my first resort, the Lai Thai Resort, in the beach town of Krabi, Thailand. This resort was named in the Top 100 Resorts of Thailand in 2002. It was my dream to retire there and write the great American novel.

MLAA: You created the Krabi Relief Fund. What work does the foundation do?

GR: While I did a lot of writing I also started Krabi Consultants, a legal/financial and business consultancy for international clients. In 2004 our lives changed as the Indian Ocean tsunami struck southern Thailand. In response to this devastating event, we started the Krabi Relief Fund to aid 104 children who lost a parent to the tsunami. We enlisted the Mayor of Krabi and merged our foundation work under the Sriphong Phukaoluan Foundation and received 501-c-3 tax status in the United States. We opened a Community Bank to fund micro loans for local inhabitants to rebuild their businesses destroyed by the tsunami. In all, we rebuilt 33 businesses including restaurants, fishing boats, beauty salons, small farms and more. The Foundation continues its work, supporting 37 children and providing education scholarships to those who are unable to afford a higher education.

MLAA: Is there any career advice, general or specific, that you have for the readers on how to be successful?

GR: My advice for those looking to start an entrepreneurial career in any field is to not be afraid of failing. For in each misstep you make is a lesson to be learned. Continue to move forward and have confidence in your dreams.

GR: I would love to have dinner with my father, Thomas Jefferson and Tom Waits.